The Great pyramids and Sphinx of Egypt

The Sphinx and Great Pyramid, The Great Sphinx of Giza, is a limestone statue of a reclining or couchant sphinx (a mythical creature with a lion's body and a human head) that stands on the Giza Plateau on the west bank of the Nile in Giza, Egypt. The face of the Sphinx is generally believed to represent the face of the Pharaoh Khafra. It is the largest monolith statue in the world, standing 73.5 metres (241 ft) long, 19.3 metres (63 ft) wide, and 20.22 m (66.34 ft) high.It is the oldest known monumental sculpture. .The Great Pyramid of Khufu at Giza is the largest of the pyramids of ancient Egypt. Khufu (Cheops to the Greeks) ruled about 2589-2566 BCE when the Old Kingdom of Egypt was nearing a peak of prosperity and culture. His pyramid is astonishing for both its size and mathematical precision..It is often said that the Great Pyramid of Khufu contains 2.3 million stone blocks, although some now question this figure. The four sides of the pyramid are accurately oriented to the cardinal points of the compass. The base is a near perfect square with sides 230 meters long and a difference between them of only a few centimeters. 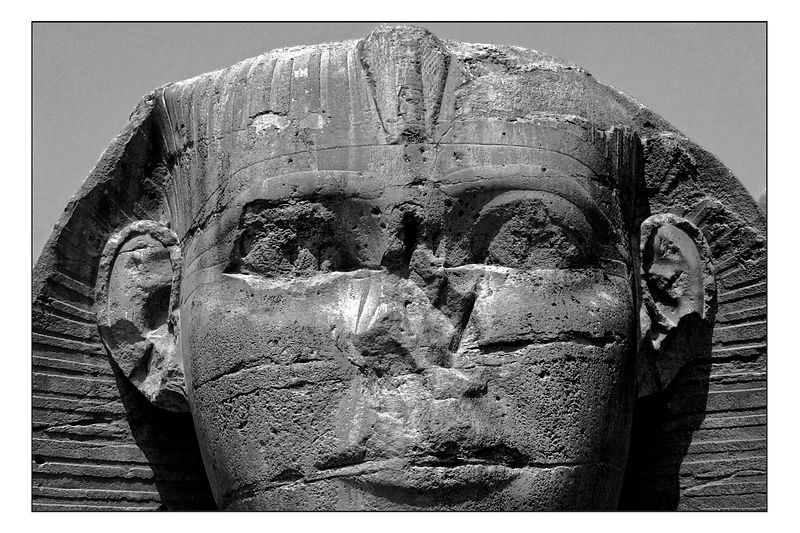 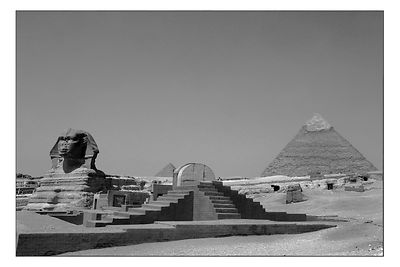 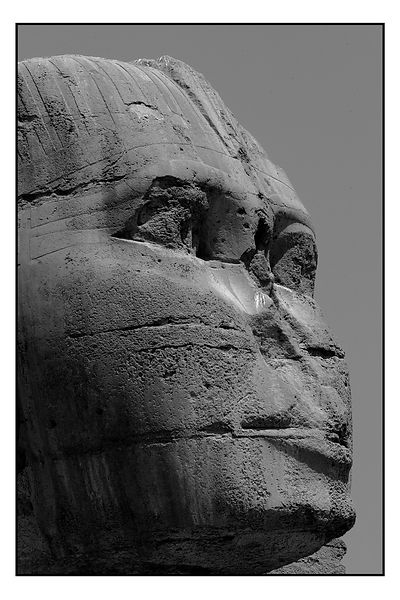 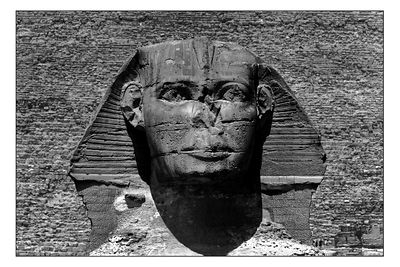 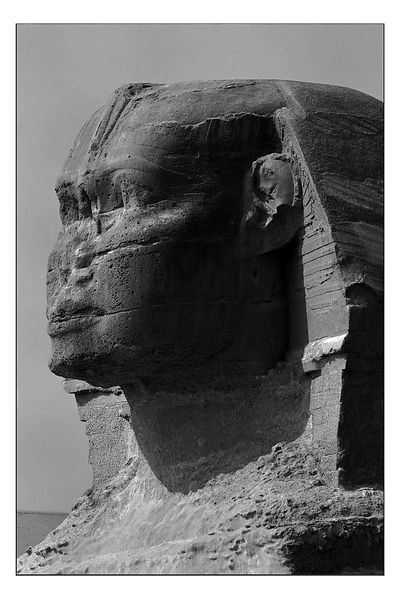 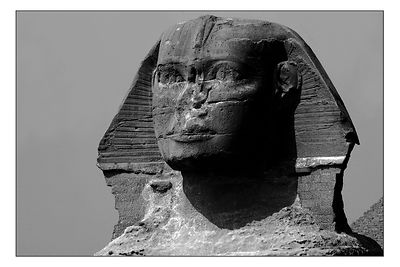 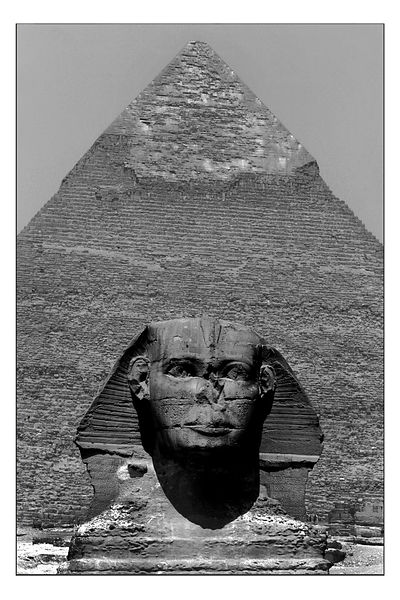 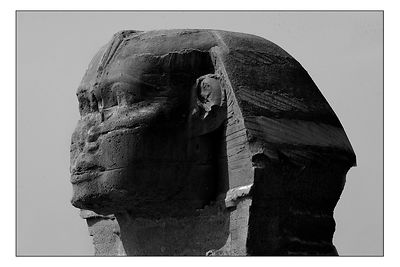 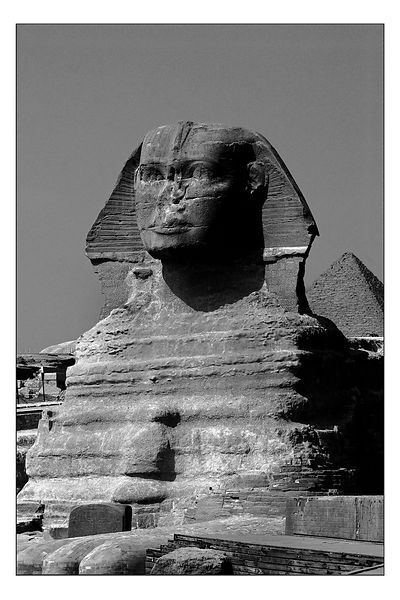 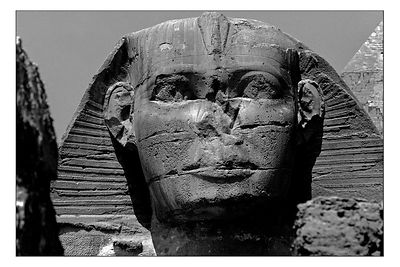 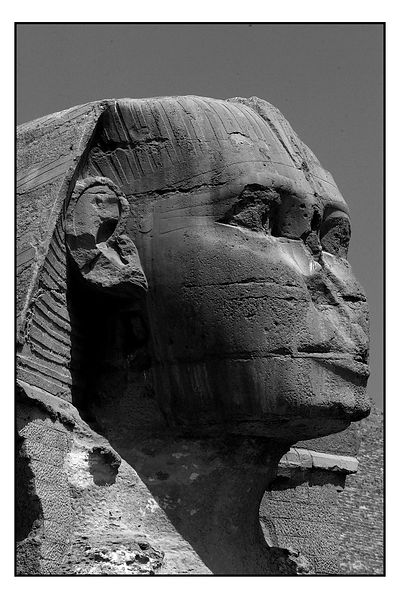 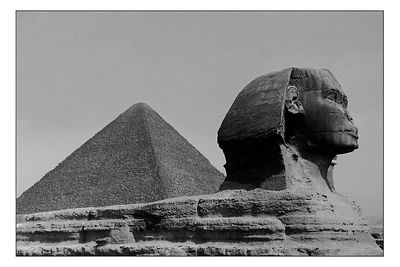 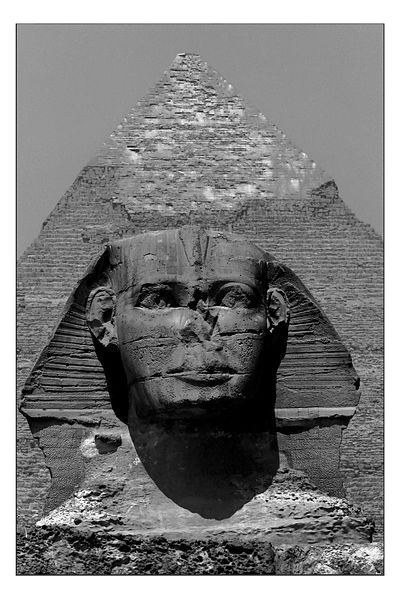 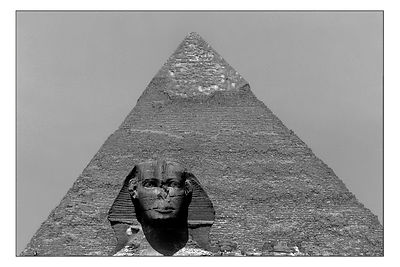 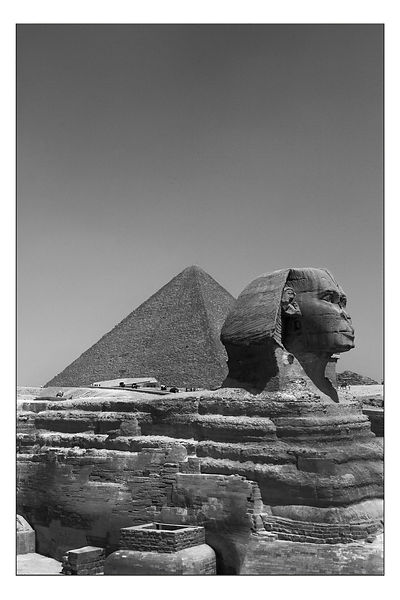 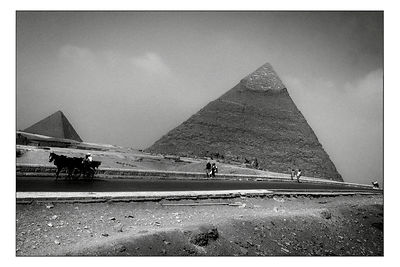 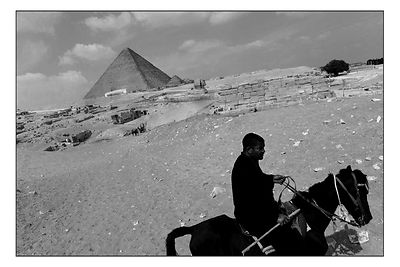 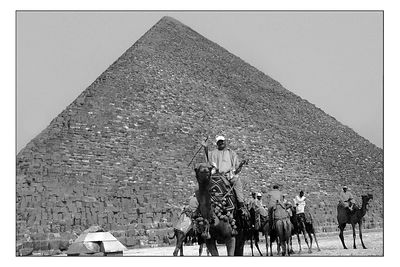 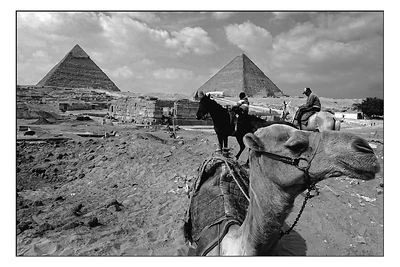 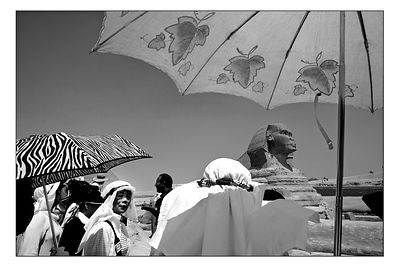 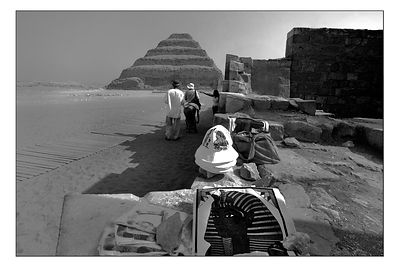 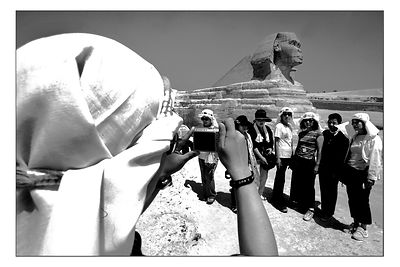 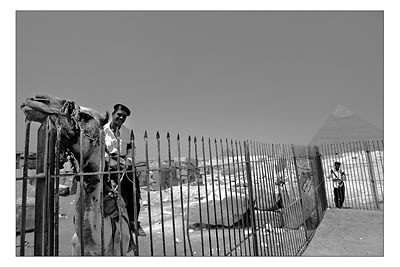 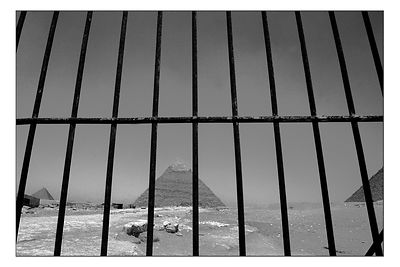 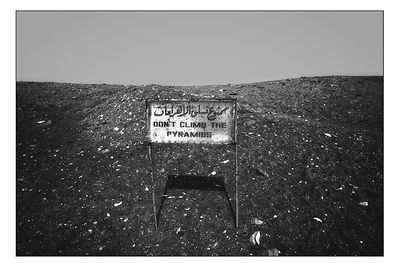